A downloadable game for Windows and macOS

"I was in love with GNOG the second I saw it"-Rock Paper Shotgun
"Weird and wonderful..." -Polygon
"This is such a joyful game, I'm not sure it's possible to leave it without feeling uplifted." -Destructoid
"It's a kooky idea brought about with lots of style and verve..." -Eurogamer

GNOG is a 3D puzzle game set in a tactile world of toys and secrets. Point, click, grab, poke, spin, pull, and play with uniquely charming monster heads as you explore the hidden worlds inside them. Filled with eye-catching designs, playful interactions, and a rich, reactive soundtrack, the hand-crafted heads come to life in either standard play or in VR.

Inspired by real-world toy designs, every GNOG head is a miniature world to discover. Grab a bookcase and spin it to reveal a hidden pile of coins, slide levers to navigate a damaged ship through outer space, crank a wheel to cook a stew on the stove – each playful interaction generates lively feedback and surprising consequences. Set to a relaxing and dynamic soundtrack that evolves with each level, the surreal worlds and joyful puzzles of GNOG will have you turning heads.

In order to download this game you must purchase it at or above the minimum price of $9.99 USD. Your purchase comes with a Steam key. You will get access to the following files:

Really enjoyed this puzzle game. Such a nice distraction, fun visuals and great music/sounds. Excellent work to the creators!

This game is beautiful! I adored the music especially. Took me about an hour and a half to finish it.

Beautiful game with brilliant sound design and music. I had so much fun pushing lots of buttons and solving little puzzles. Highly reccomended!

how do you start the game so that it goes to vr . the gnog launch vr shortcut doesnt work

Loved it! The animations are truly great.

very nice game! the dream logic works because of the toy-like mechanics. Clever and colorful!

very cute and fun game! you never know what to expect next and it's always a delight to find out :)

This game is truly amazing!! Huge props to everyone involved in the project... I wanted to ask since this game has an android port, would the team be open to porting this game too for Windows ARM? (i.e. Surface Pro X, and other ARMPC Win devices)

I tired running the game through an emulation layer but sadly it's very choppy on my end, and it would bean so much of this was an option available for this and upcoming episodes. If your team can't I understand, but I figured I;'d ask since I am truly in love with this game's.

I thought this was an amazing game! The puzzles kind of remind me of the type of things you would find in an escape room. Great animation, music, and puzzles are hard enough for me to be interesting, but not so impossible that I got frustrated at any point (though I did need to take out a pen and paper for at least one of these). Definitely worth the play, and I would definitely play again if I ever get a VR setup.

this game is beautiful in every way

I love this game SOO much!

Brilliant music and sounds and instills a real sense of discovery and physical puzzle solving.

My only frustration was mastering turning dials as the direction i needed to move the mouse seemed to change at the halfway point instead of just moving my mouse all in one direction for the whole turn of the dial.

Such a lovely game ! I see that it has Oculus Rift support, would that include Quest or no ?

This is such a visually pleasing game, it's like digital fidget gadgets that require your attention to complete (if you don't get stuck hovering your mouse over all the reactive environment pieces ofc). This is so well done and makes me happy :)

very epic game, like a living devil's lock, love it

Hello, the game is so juicy and chill! Pretty good work there! That's a 5 stars for me.

This was so unique and fun! The colors, the music, and of course the puzzles were incredibly entertaining. Glad I played it. Would recommend it to anyone who is looking for a puzzle game.

Love this one. The music box was my favourite.

I think it's a wonderful game. I played it with my 5 years old son, and we both enjoyed it. Especially because there is no explanation, so you have to find yourself what to do.

Thanks for this game !

this is such a good game, so sad I finished it all at once :')

this game is soooo pretty and the sound design is amazing. The visuals and the sound together makes for an amazing experience. I absolutely loved it and was so delighted the whole time

For those trying to launch this in VR in Windows and having trouble with the included shortcut pointing to a nonexistent file, here's how I fixed that:

3. In the Shortcut properties window, in the Target field, add "--launchvr" without the quotes to the end.

4. Click OK. Use this modified shortcut to open the app, and haaaave fuuuuun

This is good fun in VR, very professional

Think of Gnog not as a traditional puzzle game, but as a collection of digital toys / complex puzzle boxes. You basically tinker with a bunch of them and use trial and error to make them work. That sounds kinda weird as a game, but it felt as wonderful in the same way as playing with toys as a child. Plus the superb art direction and music really elevated the experience. My only criticism it the short length and that the mouse control could use some tightening in a few places, but those are far from a deal breaker.

i thought this had happened with mine but when i scrolled left instead of right i enjoyed  that it had just moved underground in a different direction. 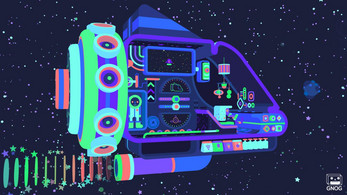 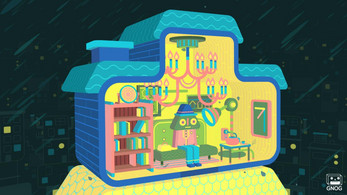 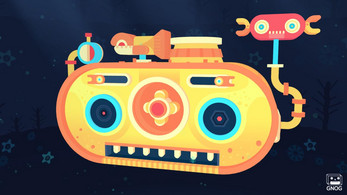 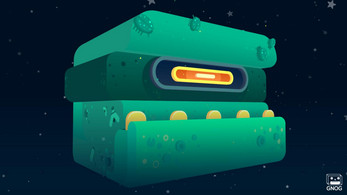 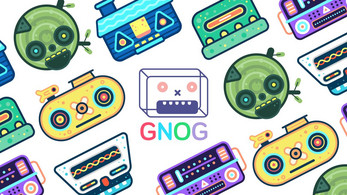